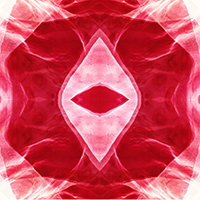 ‘The circle is opening out so that expansion can take place. Whereas before the ring was sealed and everything was constrained within it, now a gateway has burst open and there is a passageway available to those who wish to enter into other worlds and other dimensions.’

‘The essence of the ring continues, but it is no longer restricting, more like a dotted line across the gap which has opened. Like liquid contained in a globular tank, it can now flow out through the sluice gate and wend its way on a new course, wherever that may be.’

‘There is an unpredictability present in the opening and the surge of energy, and a suggestion of trial and error. So far only one small part of the containing membrane has ruptured and become porous. Over the next few years the entire membrane will stretch like an elastic band, becoming more and more attenuated until it hardly forms a barrier at all.’

‘At that point all will be capable of flowing freely through and between the inner and outer and the beyond, and barely notice the passing. But we have not reached that stage yet. So the energy in 2010 will be more impulsive and headstrong, jerking in and out in a fluctuating fashion, which gradually becomes more balanced as the year progresses.’

‘Be patient, all of you, as things take on a jerkiness, and wait for the flow to rebalance and level out. It is an exciting time as you feel the waters rising and at times overflowing the banks, and there will be a sense of urgency much of the time, as you and the new energy surge forward to the flood.’