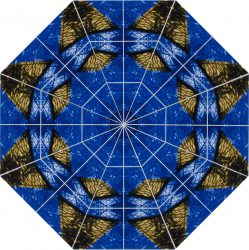 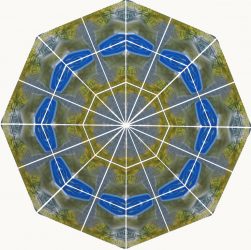 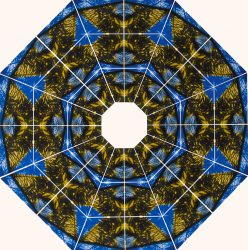 Immediately I sense and see the presence of many wise Beings, who are come to assist with our work. Sananda is here, and many, many others. The pickets of light are already in place, going down deep into the ground and forming a potent wall of light around the rough circle of Inner London Boroughs.

There are Beings of Light posted around the outside of the fence, guarding and strengthening it. The crystals we have planted around the perimeter of the inner boroughs form columns of light at intervals around the circle and serve as structural points which anchor the white light picket fence.

The crystal columns have the appearance of fireworks – rockets about to launch. They generate huge intense amounts of fiery light at their base, and rise as bright pillars high into the sky. As their light shoots upwards it sprays sparks of light in a dazzling funnel-shaped display.

The centre of the circle consists of a huge medicine wheel covered with many small objects: white shells, white feathers, polished white and green stones, crystals of quartz and amethyst, brightly coloured flowers of red, gold and white, twigs and green leaves. The central core of the wheel glows brightly.

Chief White Eagle comes with a band of Beings. They form two lines that walk in opposite directions round the fence, till they meet and link hands to form a chain. The wall of light starts to shake and vibrate. The scattered objects in the centre throb with light. Currents of light begin to course around the wall.

I hear a low humming, whirring sound, overlaid with high tinkling sounds. The whole circle starts to levitate and rises two to three feet off the ground. The humming gets louder as more and more voices join in. Fading into the distance there are circles beyond circles of millions of Beings who have come to assist.

As the sound swells, the circle of Boroughs starts to slowly glide up the crystal light columns into distant space. All around the many Light Beings hover in protective and supportive mode, layered in tiers beyond and beside the wall. The track made by the rising circle as it moves looks like a glass tube of light.

The circle is spinning very fast, and the sound of the humming is very powerful. It is as though the circle containing the Inner London Boroughs is being pushed and lifted up through the combined effects of centrifugal force and the increasing frequency and powerful swell of the sound.

The circle rises to a great height where it meets with a blazing ball of Golden White Light, so bright that it dazzles the eyes. This light floods the circle and appears to consume it – the circle can only be faintly seen within the light. It is still spinning and still supported in this high frequency by millions of voices.

On the underside of the circle a spiral of golden light is visible – like a partially uncoiled spring. This originates from the centre of its base on the ground, and it too seems to be pushing the circle upwards and supporting it in place.

The circle is subjected to continuous dissolution and purification in the ball of Golden White Light for about fifteen to twenty minutes. After this the light changes its focus and moves to the underside of the circle. Here it assumes the form of an enormous hand, carefully holding its precious charge.

Now the circle – cradled in the palm of the giant light hand – begins a gentle and slow descent back down the transparent tube formed between the crystal columns. The voices and humming gradually become softer, and the spinning slows down, ceasing altogether when the circle touches down.

As the circle reaches the ground, the light hand stays spread out beneath it. Now it forms small brilliant golden flames licking through the fabric of the circle. I am told that our job is to keep these flames going and growing, and that in this task we are very, very supported. There are so many Beings, so much Love.

The circle is now firmly back in place, and it is sparkling and shimmering with brilliant light. I glance over at the many, many Beings. They bow to us, and thank us for our work…