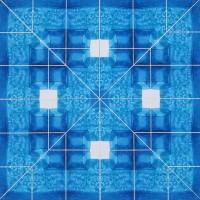 I have always been sensitive to the unseen world that surrounds us and of which we are a part. Growing up I had many unusual experiences of clairvoyance, clairaudience, clairsentience and clairgnosis. I would routinely receive information about family members and others close to me, information that was corroberated by my mother who had the same sensitivity. As a teenager I had several full-blown mystical experiences in which space and time and sensory input were transcended, and I became at One with All that Is.

This awareness increased substantially in 2007 after experiencing an SDE (shared death experience), followed quickly by a visitation, then the telepathic dictation of hundreds of poems, and eventually the transmission of detailed spiritual teachings during meditation. The visitation was so powerful and so astonishing that it shook me to the core, and transformed me forever.  I had been partially asleep, and I now became fully awakened.

The visitation
‘The curtain is drifting in the early morning breeze, and shafts of sunlight are slanting into the little attic room. I turn, and he is standing there, surrounded with golden light and filling the room with radiance. He seems timeless and ageless, and extremely tall. Intense glittering rays are streaming from his eyes and they pierce me to the core. It is a profound communion of being.’

From that moment I understood that something very important was happening, and I became deeply committed to watching and listening, and experiencing life through the heart rather than the head. The spiritual dimension had entered truly into my consciousness, and has remained my primary motivation.

The poems
Shortly afterwards I began to receive the first transmissions of many hundreds of poems spanning several years. I was asked by higher beings to create images to complement the poems and to combine them together into a book. Although a little daunted by the task, I set about this work immediately and with dedication.

My sleep was being increasingly interrupted by the poems and images that were being transmitted to me. The day time was not much better, as the words and pictures would come flooding in the minute I sat down to relax. I decided that I needed to set aside time every day to receive all the information. I was used to altered states of consciousness as they had always been part of my life as an artist, dreamer and mystic. So, although I had never formally meditated before, I began to do so now.

The teachings
This is when the detailed teachings began. At first the lessons were very simple – like kindergarten, one word or one picture at a time. Then they gradually became more complicated – there were diagrams, pictograms and codes, monitor screens with film clips, performing dancers and gymnasts, exploded models, star journeys, and much else. All were designed to show and explain the complexity as well as the simplicity of the universe, how all the levels and dimensions function, and the forces that drive it all.

After two years of daily meditation during which I was being constantly tutored in this way, I was told that it was time for the advanced classes. These took the form of lectures or speeches, but sometimes more informal chats. Sometimes they came in answer to specific questions, but more often arose spontaneously and progressively as my level of understanding evolved. My teachers were clearly advanced Beings from a higher dimension – eventually they identified themselves as the Council of Light.

A small sample of the messages can be found in this section. I include first the transcript of a meditation with the Beings of the Sacred Triangle – the Ascended Masters and Angelics, the Native People’s Ascended Masters, and the Highly Evolved ETs – working to build a City of Light over London.